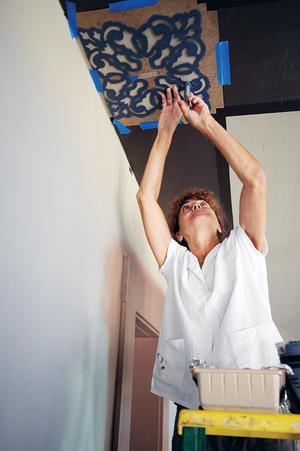 Fifteen months after the first hammer was swung to renovate Sandwich Town Hall, there will be a rededication ceremony to mark the completion of the $3.1 million historic renovation project. The ceremony, scheduled for Oct. 2, will allow the community at large the first opportunity to see the newly restored space. “People are very interested in what’s going on. There’s a lot of enthusiasm around this project,” says Frank Pannorfi, a former Sandwich selectmen who has been a driving force behind the project from its inception. “Things are at fever pitch around here right now. “We want to open the doors and say to people, ‘It’s yours. Go in and see what you have here.’ It becomes the peoples’ building.”

A task force was established to arrange the rededication ceremony and organizers are seeking volunteers to help on the day. The task force is hoping to attract two dozen volunteers to serve as monitors during the rededication ceremony as well as tour guides during the event. “This type of rededication has been in my mind for five years now. I’ve always envisioned the restored building having this rededication event,” says Pannorfi, who is part of the Town Hall Restoration Committee among others. “The building is such an historic piece of Sandwich, Cape Cod, Massachusetts and United States history. It deserves a day like that.”

A piece of the past with close ties to modern day governance, Sandwich Town Hall was built in 1834, making it one of the first town halls in the Commonwealth, according to historians. The building is believed to be one of the first of its kind to be built following the vote that ratified the separation of church and state in Massachusetts in 1833. Having served as a seat of town government as well as a gathering place for townspeople over the years, the building is fondly looked upon as a place worth saving. Although the project began just last year, the sentiment surrounding the refurbishing of the building is not new. Pannorfi remembers former Sandwich selectmen Patrick Ellis raising the issue of a renovation project on the building a decade ago. “It was 2000 and Patrick was talking about this and I wanted to know why we should spend $650,000 to renovate an old building. Forty-five minutes later I knew why,” says Pannorfi. “I started to understand the historic significance, the economic significance, and it all made sense. I have been a proponent ever since, along with the selectmen, and it’s still my baby.”

Town Meeting initially approved the use of Community Preservation Act funds in 2005 to pay for renovations to begin on the 176-year-old structure. Work began in June 2009 and coincided with various town offices being relocated to the Oak Crest Cove facility off of Quaker Meetinghouse Road. Once the project is completed, the town manager as well as other departments will move back into the space.

In addition to contributing aesthetic and historic significance to the building, the renovation project may even provide a revenue source once completed. Discussions have included using the upstairs of the building as a rentable space, with the passage of Article 14 allowing for a revolving fund for the town, capped at $10,000, for access to the newly rehabbed second-floor meeting room. Additionally, voters approved spending $100,000 to restore historic stenciling located on the ceiling of the building, as well as installation of a stage curtain and wood floors to bring the building back to its original form.

“There are many reasons to come to Sandwich. When you do, I believe you accept part of the stewardship about preserving its history,” says Pannorfi, who applauds the many people involved who have made the project successful. Local historian and Town Hall Restoration Committee member Jonathan Shaw has authored a pamphlet on historic events tied to Sandwich Town Hall, which will be made available at the rededication. The hope is to use proceeds from its sales as a fundraiser for the yet-to-be-formed Friends of Sandwich Town Hall. Says Pannorfi, “The more you learn about this building, the more you want to know. There are some marvelous stories that people should know about.”